As regular readers know, I've been an Apple convert for over a year now, and unlike a number of my friends who run multiple operating systems on their Macs, I have had no compelling reason to run Windows and so have resisted that and been living a largely Windows-free existence. The two main things I miss with not running on Windows are some of the cool 3D things Microsoft has been doing with Virtual Earth, and the impressive Photosynth. When Microsoft announced that Photosynth had moved from a closed demo version with a few sample datasets to a version which lets you create your own "synths", I thought I needed to give it a try (being a keen photographer).

I went to the site using my Mac and got the following message:

Unfortunately, we're not cool enough to run on your OS yet. We really wish we had a version of Photosynth that worked cross platform, but for now it only runs on Windows. Trust us, as soon as we have a Mac version ready, it will be up and available on our site.

So anyway, I decided there was nothing for it but to dust off my old Toshiba Windows laptop and give the new Photosynth a try. When I first saw the original Photosynth videos, I was super impressed, but also a bit skeptical about some of the more extravagant claims of automatically hyperlinking all the photos on the Internet - it just seemed to me that there wouldn't be enough differented features in many photos for that to work. And that is somewhat borne out by this guide to creating good "synths", and by my experience so far using Photosynth - there are definitely techniques to follow to make sure that the process works well. Check the guide for full details, but in general it is good to take a lot of overlapping photos, more than you might think, with relatively small changes in angle or zoom to ensure that all the photos are matched. 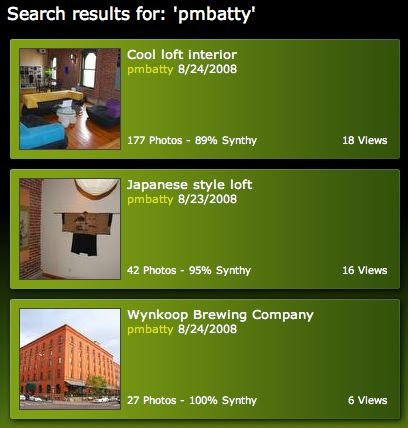 Click here to see these synths
I created several synths today, starting with a couple of the inside of my loft, and then doing some exterior ones. You can check them out here (Windows only, as previously noted - and you have to install a plug-in, but it's worth it). Overall the process was very easy and I was impressed with the results. It took about 10-15 minutes to create and upload a small synth, and a little over an hour for the largest one. You have to upload the data and make it publicly available at the moment (it sounds as though there may be more flexibility in this regard in future).

In a few cases, it didn't match photos which I thought it would have done. In general the issues seem to be either when you zoom or change angle by too large an amount, and it seemed to have a little more of a problem with non-geometric objects than with those with a regular shape. Also in a few cases I found the navigation didn't quite work as I expected. In the models of the Wynkoop Brewing Company and Union Station, it built everything into one continuous model, but I seem to only be able to navigate continuously around one half of the model or the other (you can jump from one to the other by switching to the grid view and selecting a picture in the other half of the model). If anyone discovers a trick which enables them to navigate around the whole of either of these models in 3D view let me know. I assume that this would probably not be an issue if I had taken more pictures going around a couple of the building corners. I also tried building synths of two smaller models - the Brewing Company and Union Station down the street, as well as a larger model which incorporated all the photos in the two smaller ones, plus a number of additional connecting photos - and it was interesting that some photos which matched in the smaller models did not match in the larger model (even though the photos they matched with previously were still there).

A cool user interface feature is the ability to display the point cloud generated by Photosynth by holding down the control key, and dragging the mouse to rotate. And another cool thing to try is using a scroll wheel to zoom in dynamically on the current image.

It's fun to be able to take pictures at very different detail levels - if you look around in the larger synth of my loft, you can find one of my favorite recipes and see what's on my computer screens. I think there's quite a bit of scope for doing cool creative things in synths - Paula appears in a few of the photos in my loft, and not in others with similar viewpoints, which gives an interesting effect, and I think you could have some fun with changing small things in between photos (but not so much that Photosynth can't match correctly). I think you could also add annotation to certain images, that is on my list of things to try too. I also plan to experiment with doing some which combine different lighting conditions, and would like to do some HDR photosynths using photos like the following - which will be a bit more work but I think would be well worth the effort. 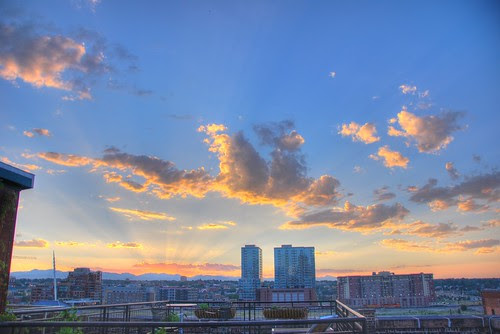 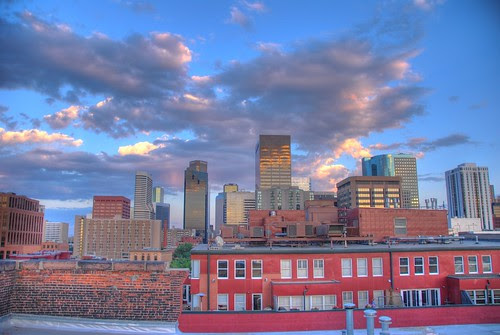 Coincidentally, I recently heard from Gigapan Systems that I have made it onto the list to get one of their beta panoramic imaging systems, which should be arriving shortly, so it will be interesting to compare the two different approaches to creating immersive image environments. I don't expect to compete with Stefan's impressive Ogle Sweden expedition, but hope to find time to do a few more cool synths and panoramas over the next few weeks.
Posted by Peter Batty at 9:28 PM

Thanks for the great review and helpful navigation tips.

I'm very jealous about you getting your gigpan mount - I must be futher down their list :-( Please blog on it once you get going.

Call me cynical, but nothing in their supported OS notice says that MS _will_ be producing a Mac version!

Neat technology for sure, and a great review.

Why Peter, how cynical of you ... on reading it more closely though you are right :). Us Mac users will just have to hope ...